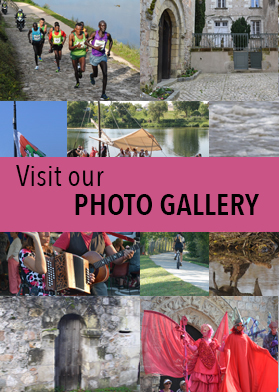 The first traces of nomadic peoples’ passage in Savonnières date back to the prehistory.

During the first century of our era, Romans chose this site – on the Roman Road linking Caesarodunum (Tours) to Caino (Chinon) – to build a soap mill. This is where the name Saponaria comes from. From this period remain a Gallo-Roman cemetery from the 3rd century inside the Petrifying Caves and a terra cotta funerary vase preserved by the Archaeological Society of Touraine.

During the 7th century, the Francs united two villages to create the city of Saponaria placed under the authority of Tours’ bishop. The first church – Saint Gervais and Saint Protais – is from this period. Thanks to the development of the fluvial commerce, the village remained peaceful until the middle of the 9th century.

At the end of the year 853, however, some Norman troops sailed up the Cher burning away everything on their path – the houses of Saponaria and its church probably included. Their last incursion happened in 903 with its bevy of fires and thieveries.

In 1138, the archbishop Hugues II conceded the new stone church to the Abbey of Toussaint of Angers. Around 1150, the lord Gausbert had a fortified castle built in Savonnières. Until the Revolution, the castellany owned a justice court and was the siege of a royal notary. Savonnières stopped being the lords’ principal residence in the 13th century.

Between the 15th and the 18th centuries, Savonnières’ castellany passed from hand to hand. During a long period of time, a salt toll and the inland water shipping assured the prosperity of the village.

During the Revolution, the parish priest and the vicar of Savonnières were arrested and put in jail, 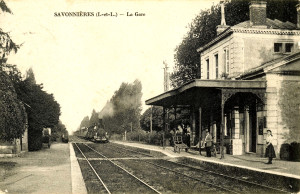 e 19th century, the water transport on the Cher was still very important. Each year, 2000 ships passed each other in Savonnières’ port where 8 inns welcomed the mariners waiting for passing the channel. Other important events took place in the 19th century: the creation of a school for boys in 1838 and for girls in 1872, and the constructions of the first suspension bridge on the Cher, of the railway line and of the station in 1852. Two Saponariens really marked this century too. They were Guillaume André Villoteau, ex-musicologist mayor of Savonnières from 1813 to 1815, and Gaston Fernand, 4th count Léon and grand-grand-child of Napoléon Bonaparte, born in Savonnières in 1886. 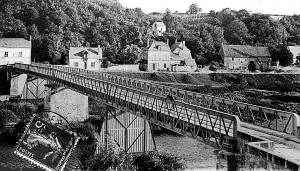 Four bridges – including one built by the Eiffel enterprise  – succeeded each other between the 19th and 20th centuries. The actual bridge in prestressed concrete is from 1972. 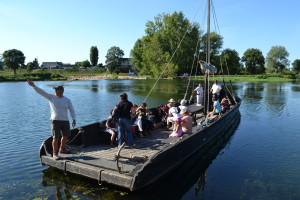 Nowadays, the river trade on the Cher has totally disappeared but the Saponarien association of the boatmen of the Cher keeps the tradition alive: To learn more about it. Since the 1960s, the population of Savonnières does not stop growing, today counting 3217 inhabitants.